Tashkent, Uzbekistan (UzDaily.com) -- The traditional flower festival in Namangan began with a parade of unusually decorated vehicles on 22 May.

More than 200 cars and motorcycles, decorated with colorful flowers in the form of ornaments, drove through the streets of the regional center. 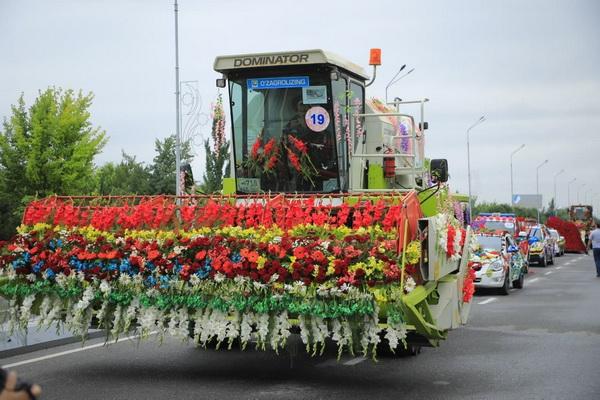 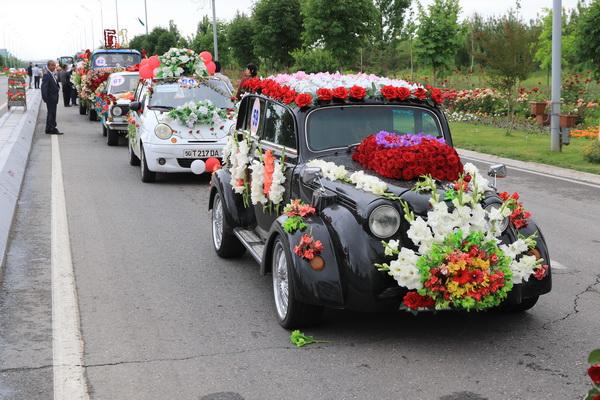 The event and festivities within the press tour organized by the Ministry of Tourism and Cultural Heritage are held in the Park of Culture and Leisure named after Zahiriddin Muhammad Babur, where more than 20 million flowers are planted.

This year Namangan is celebrating the 61st International Flower Festival. The number of people wishing to take part is growing every year, for this reason, the local authorities have expanded the festival by organizing festive events in nearby parks, alleys and squares. 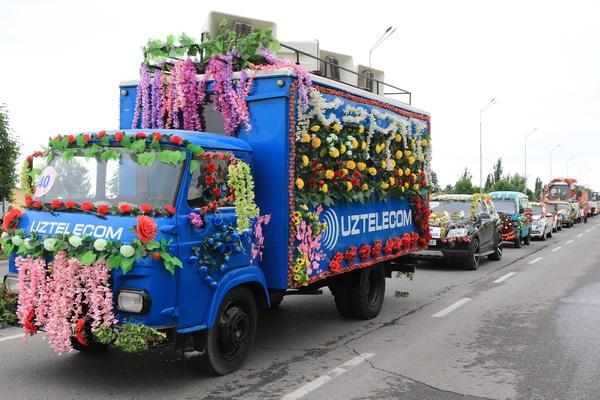 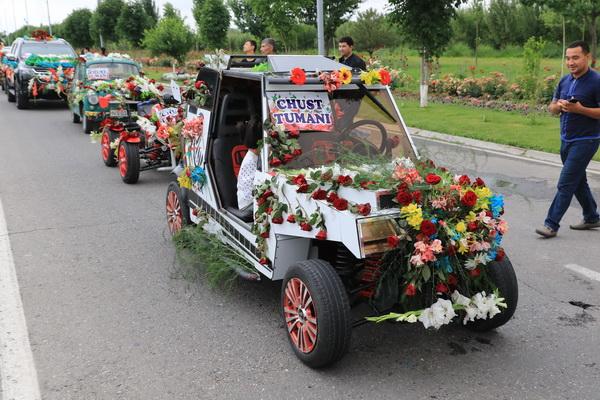 The holiday begins with a car parade, where more than 200 vehicles, cars and motorcycles, decorated with colorful flowers in the form of ornaments, drive through the streets of Namangan to the delight of the residents and guests of the festival. The route will follow to the Central Recreation Park. Babur, where the official opening ceremony of the festival starts. Master gardeners, amateur gardeners of enterprises, organizations and institutions restore more than 100 compositions in the form of flowers. In addition, representatives of foreign countries, as well as amateurs from the Ferghana Valley and other regions, will demonstrate their products during the conference. 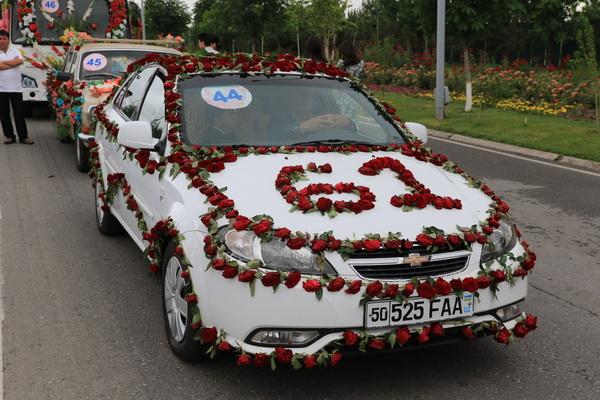 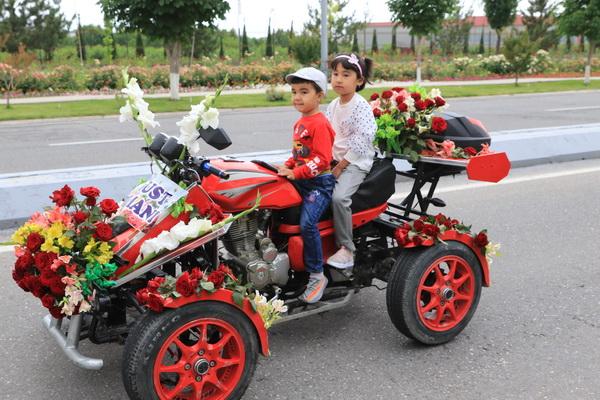 Both experienced florists and floriculture lovers take part in the festival. Landscape design professionals will also showcase their artistic masterpieces. Enterprises and organizations that have expressed a desire to participate compete in the uniqueness of design and the skill of decorating flowers. The masters of Ekibana and guldasts will also compete. 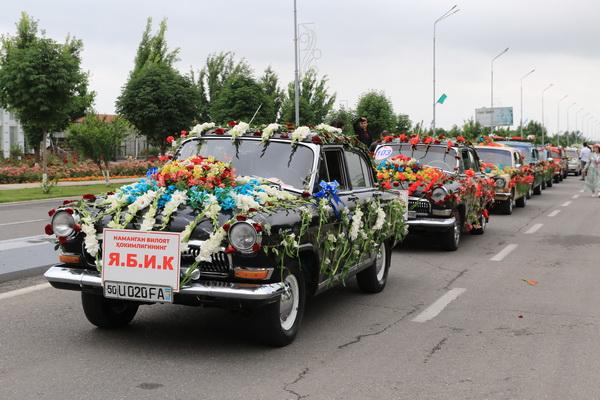 The Flower Festival in Namangan has been held since 1961 and is a grandiose event for every Uzbek, reflecting all the richness of available plants and flower culture. 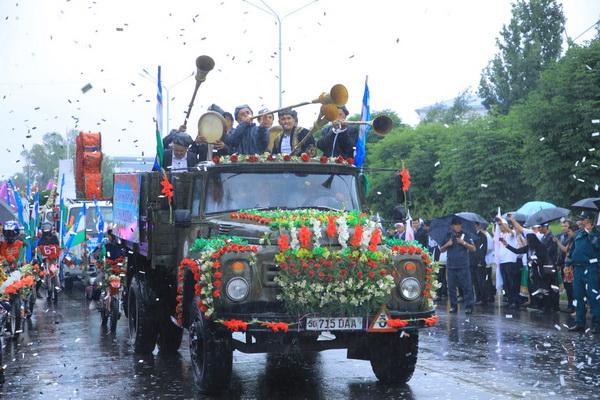 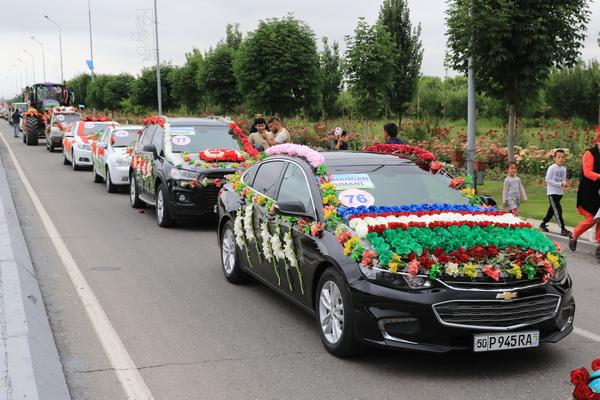 The holiday program also includes a number of recreational activities. In the park. Zahiriddin Muhammad Babur will host an exhibition of handicrafts, books, photographs, national clothes and crafts. At the end of the celebration, the florists and organizations that took an active part and received the most votes will be awarded valuable prizes. 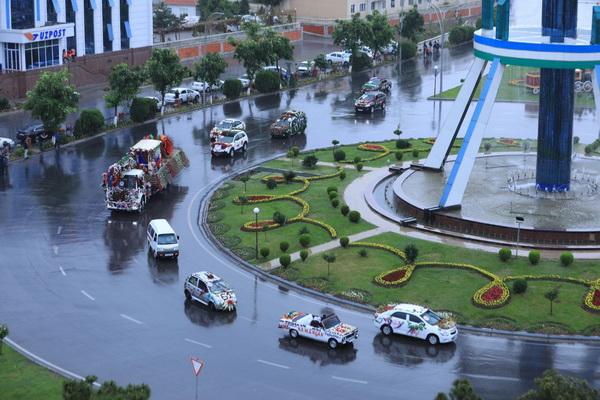 Namangan is a city of flowers! This name has its own history of origin. In Namangan region, during the spring months, each bush is decorated with flowers and each apartment grows its own flowers. An assembly of florists has been created in the city, which has its own laboratory for the creation of new varieties of flowers, their cloning and their diversity. As part of this holiday, special land plots were allocated and the necessary infrastructure was created. Here, more than a thousand annual, perennial and other varieties are grown in greenhouses. 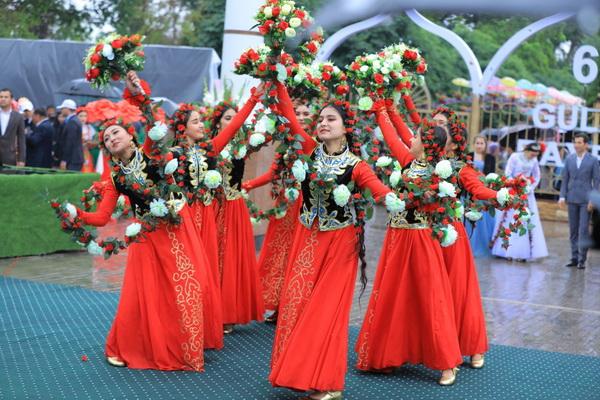 In the 19th century, a microdistrict called "Gulzor" arose on the site of this boulevard. Here the population was engaged in the cultivation of flowers, the production of flower drinks, nectars, various sweets and spices, as well as honey from flowers. Healing tinctures are prepared from the leaves and roots of some types of flowers.

Uzbekistan Airways informs passengers about the postponement of flights

Shavkat Mirziyoyev: We all have one Motherland. We are united by a single, great goal

President and elders, activists of the village of Samanbay talked about the need to value and protect peace and harmony, build a prosperous future together