Tashkent, Uzbekistan (UzDaily.com) -- Tashkent hosted Festival of National Pilaf “Osh Bayrami” for the first time as part of the “World of Leisure” Exhibition second day. Its aim was to gather and demonstrate all national features of the main dish of Uzbek cuisine.

One day was enough to turn an area in front of the “Uzexpocenter” metropolitan exhibition complex into a noisy and lively oriental cuisine “restaurant” with a menu offering only one dish – famous Uzbek pilaf.

Pilaf is a favorite dish in Uzbekistan and it is cooked many years, and what is more every region cooks it by its own recipe. The festival sponsors took it into account and invited cooks from the country’s different regions: cooks came from Samarkand, Namangan, Khorezm; Tashkent cooks were not forgotten either. 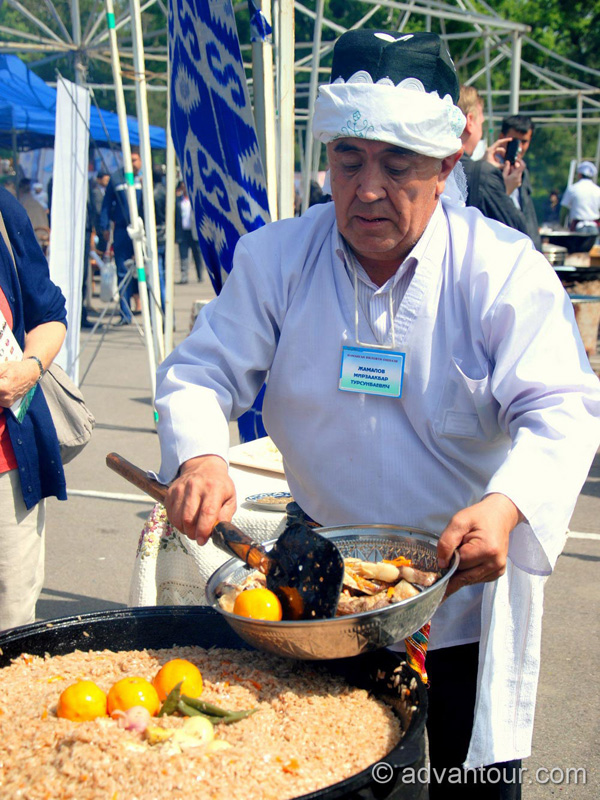 The guests of the gastronomic festival “Osh Bayrami” got a unique chance to watch complex and interesting cooking process of ten kinds of pilaf, standing at cauldrons which emitted smoke and asking good-natured cooks about ingredients in a hope to find out culinary know how. 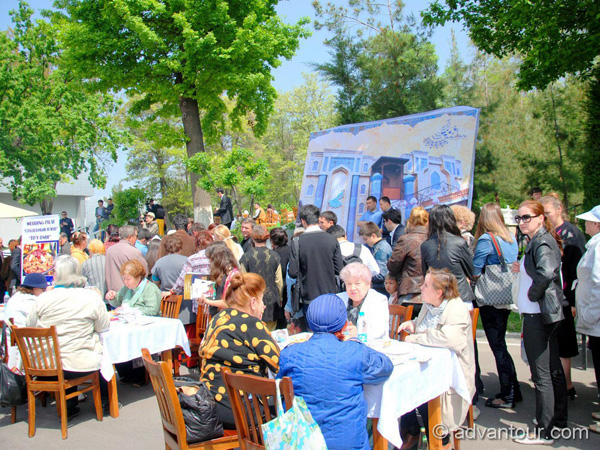 The cooks were treating everybody receiving exciting responses on their culinary skills. A festive atmosphere of the real East was created by talented artists, who entertained the guests with national folklore songs and dances. 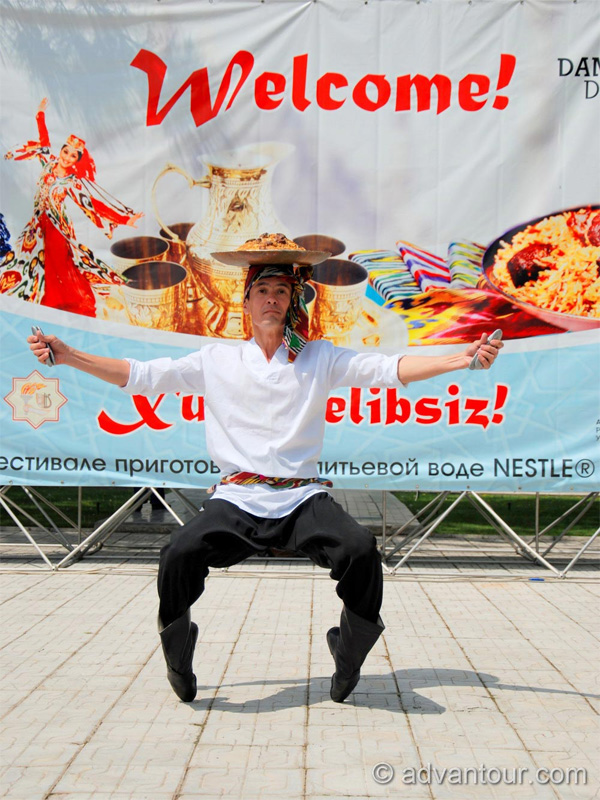 The festival jury evaluated every participant in several nominations: they took into account not only the pilaf taste, but also how it looked and thematic table appointments in general. The best thematic table by jury’s unanimous opinion was the one from Samarkand. 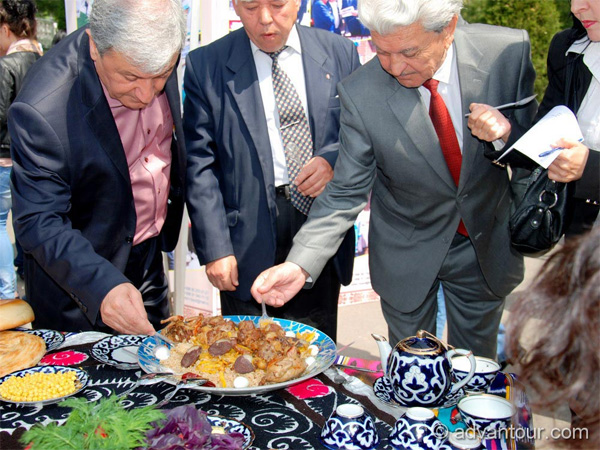 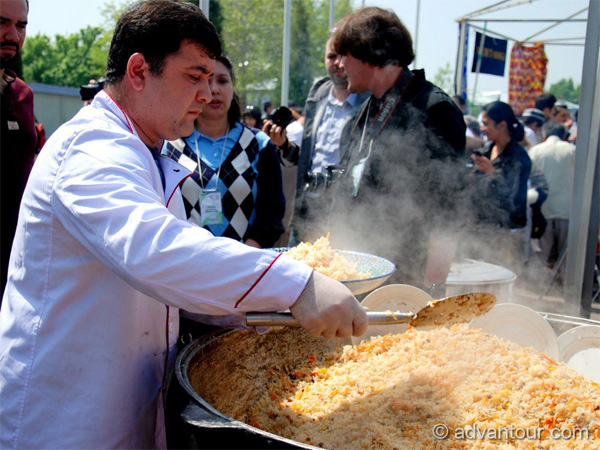 The festival sponsors the National Company “Uzbektourizm” and “Great Silk Road” ad agency expressed hope that pilaf festival will became a good tradition and would attract attention of foreign gusts to gastronomic tourism in Uzbekistan. 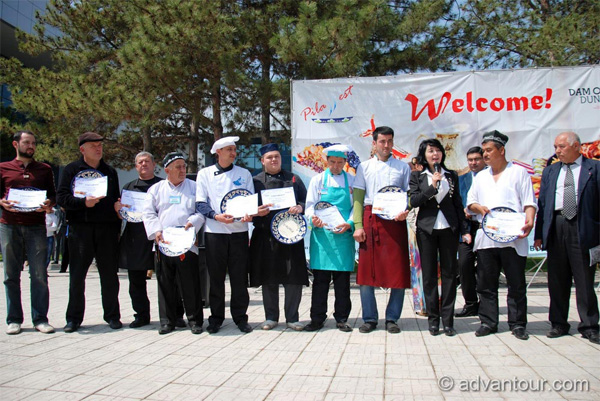 Shavkat Mirziyoyev: Our fathers and mothers created this culture, putting a particle of their soul into it

A private clinic turns into a medical cluster